A matter of perspective

There was a nice combination of the Moon, Mars, and Venus visible in the West last evening. This picture was cropped from original, taken with 200mm lens, ASA 800, 1/20 sec, handheld. Moon, Mars, and Venus aligned in evening sky. The Moon (top) is closest (360,000km), Venus (bottom) is about 213 million km away, and Mars (middle) 330 Million km.

The relative positions of the planets in February 2015 are shown in the scanned image at the bottom. The Earth is shown in green. Imagine yourself looking from the Earth towards Venus and Mars. Yesterday (February 20 around 7:30 pm) you would have seen the two planets aligned as shown below, located far beyond the Moon (the little black dot labelled "Moon"). The orbits are not to scale. If the picture were drawn to scale, Venus would be about 3 meters and Mars 4.6 meters from the Earth. 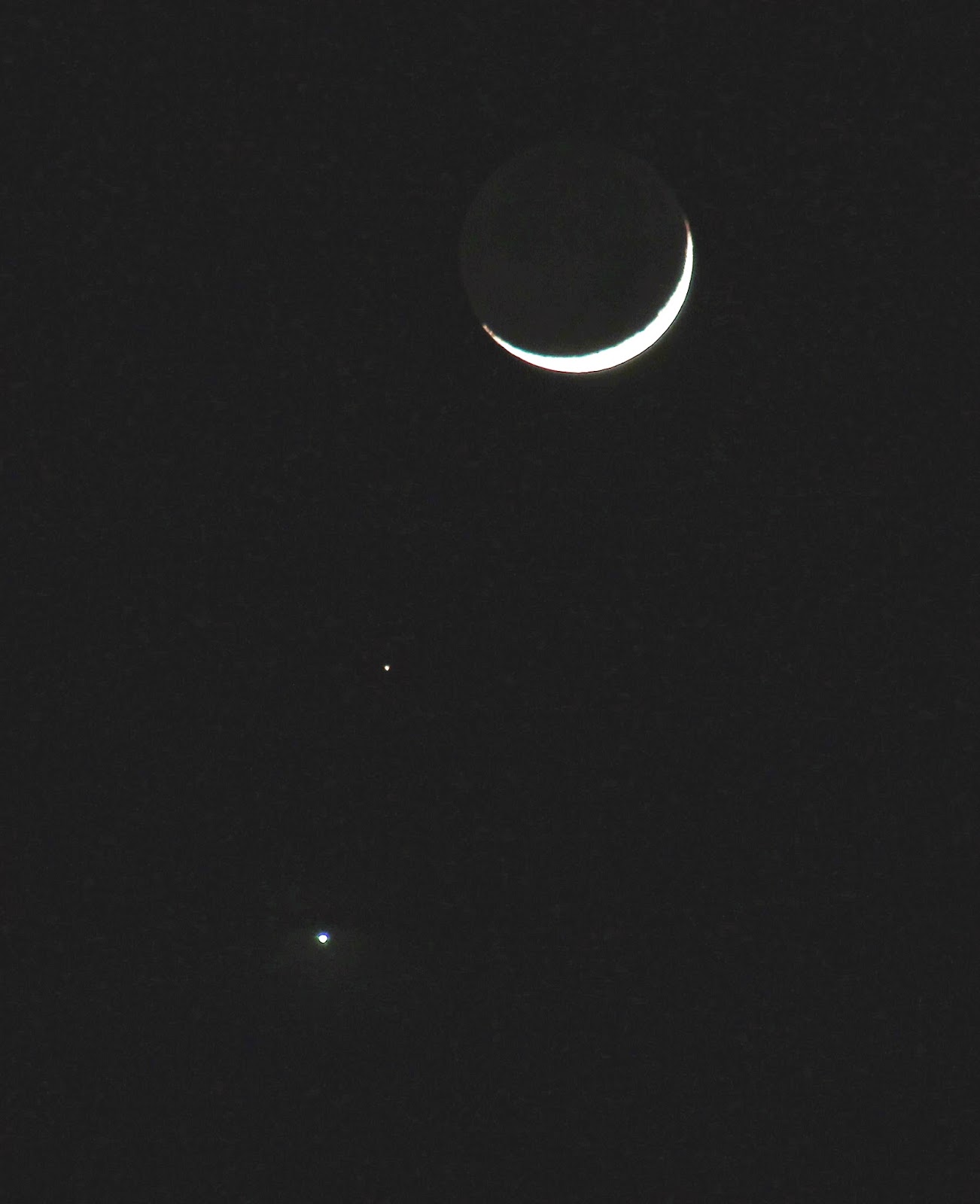 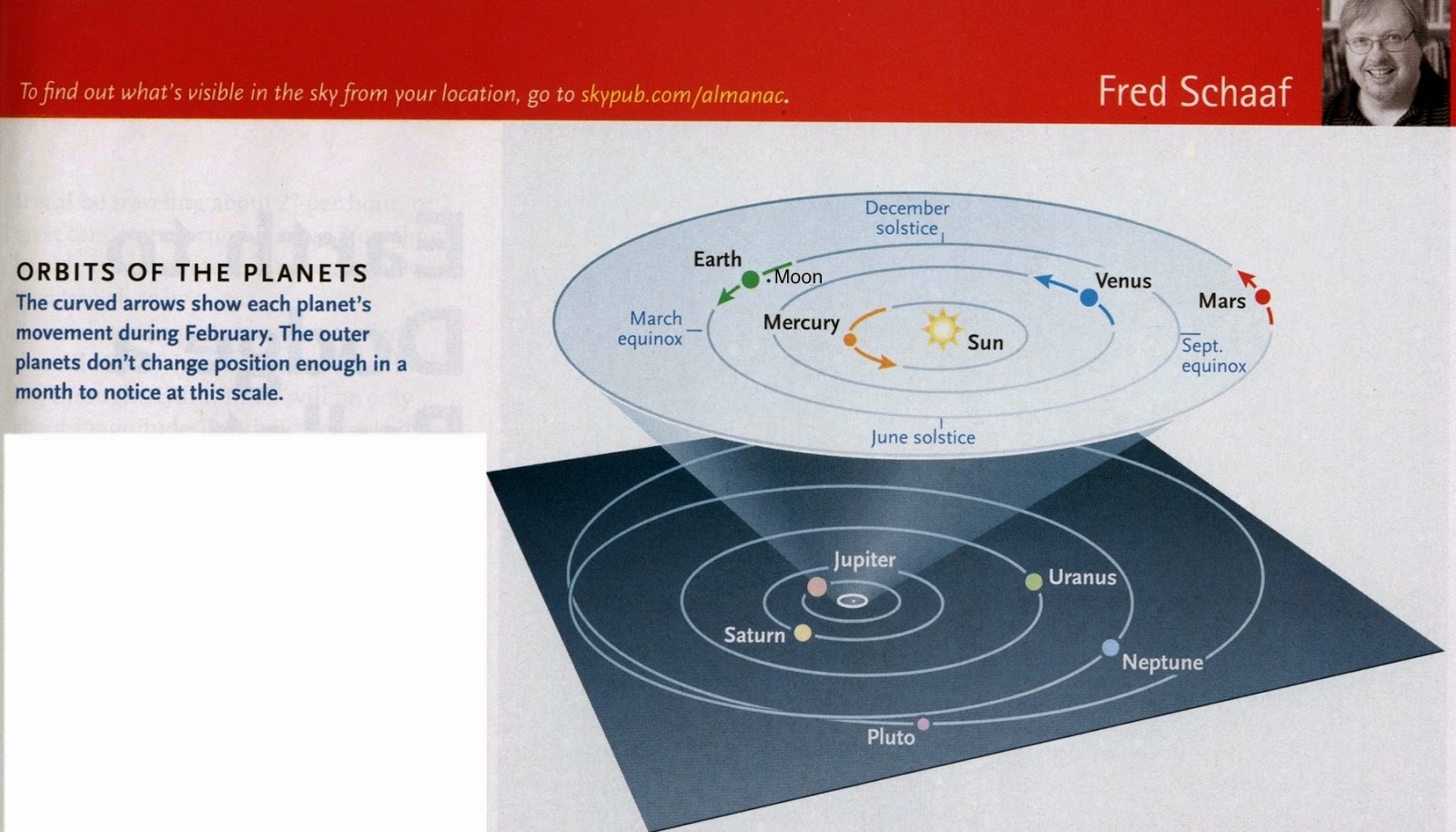 Orbit schematic scanned from Sky and Telescope magazine.
By JKM at February 21, 2015 No comments: