We have a couple of dozen or so mushrooms growing in our lawn again. This happens every year. I don't know whether they are edible (personally, I don't eat mushrooms). In any case, they are important or the well-being of the trees (they are a catalyst in the storage of nitrogen in the soil).
A made a reference to the "mushroom cycle" in May of last year:  http://penmachinedad.blogspot.ca/2013/05/the-fixer.html 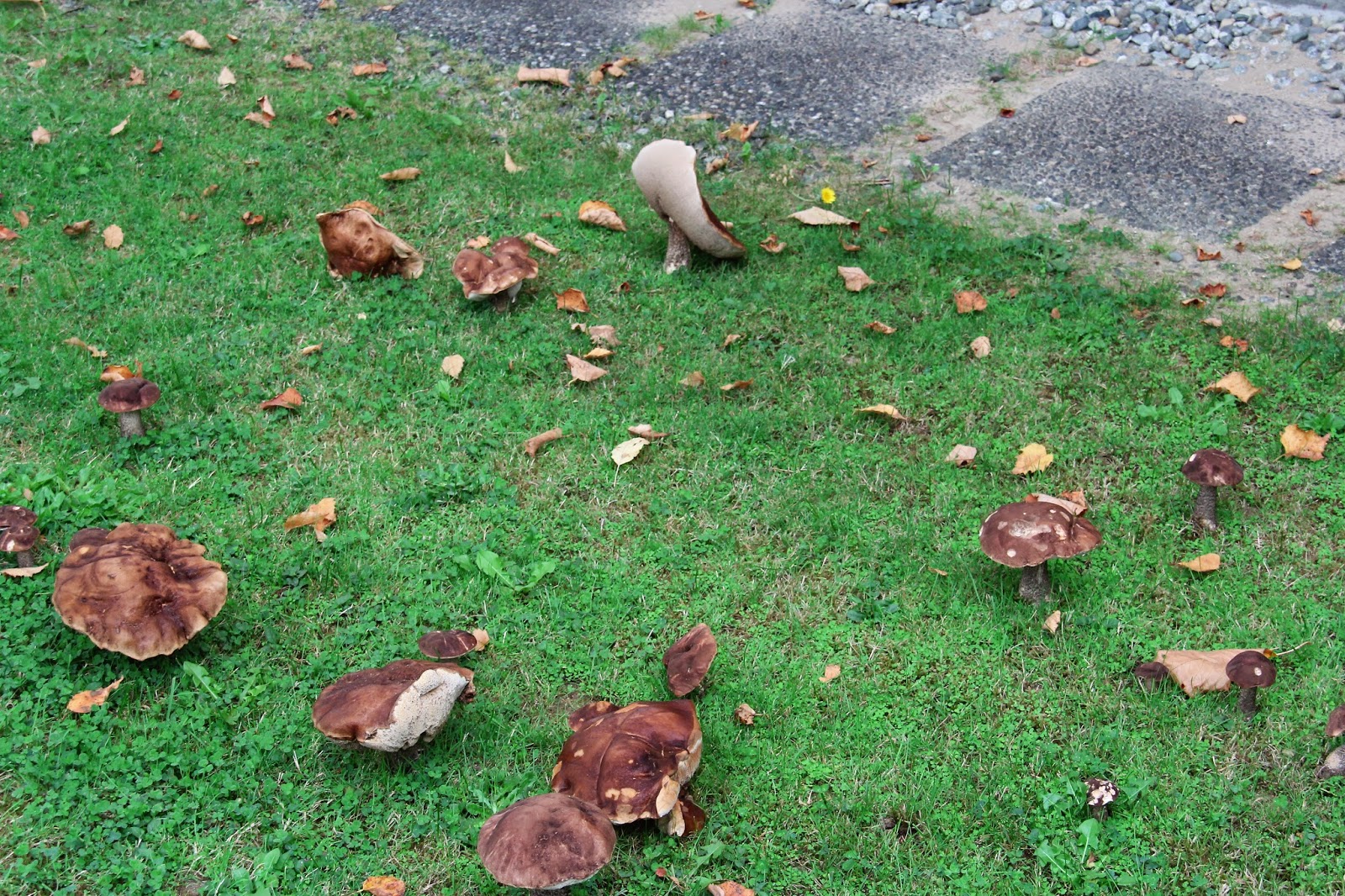 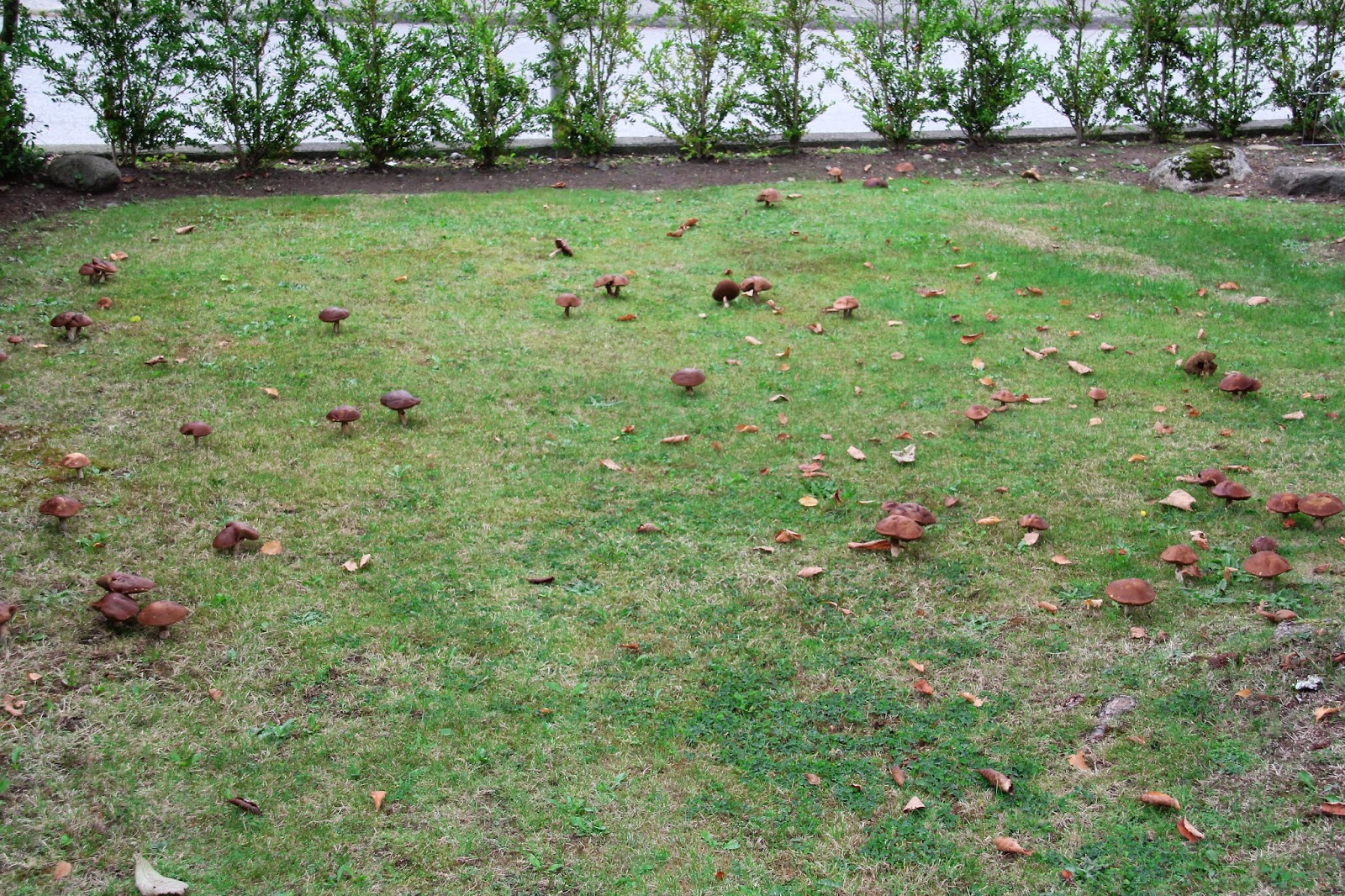 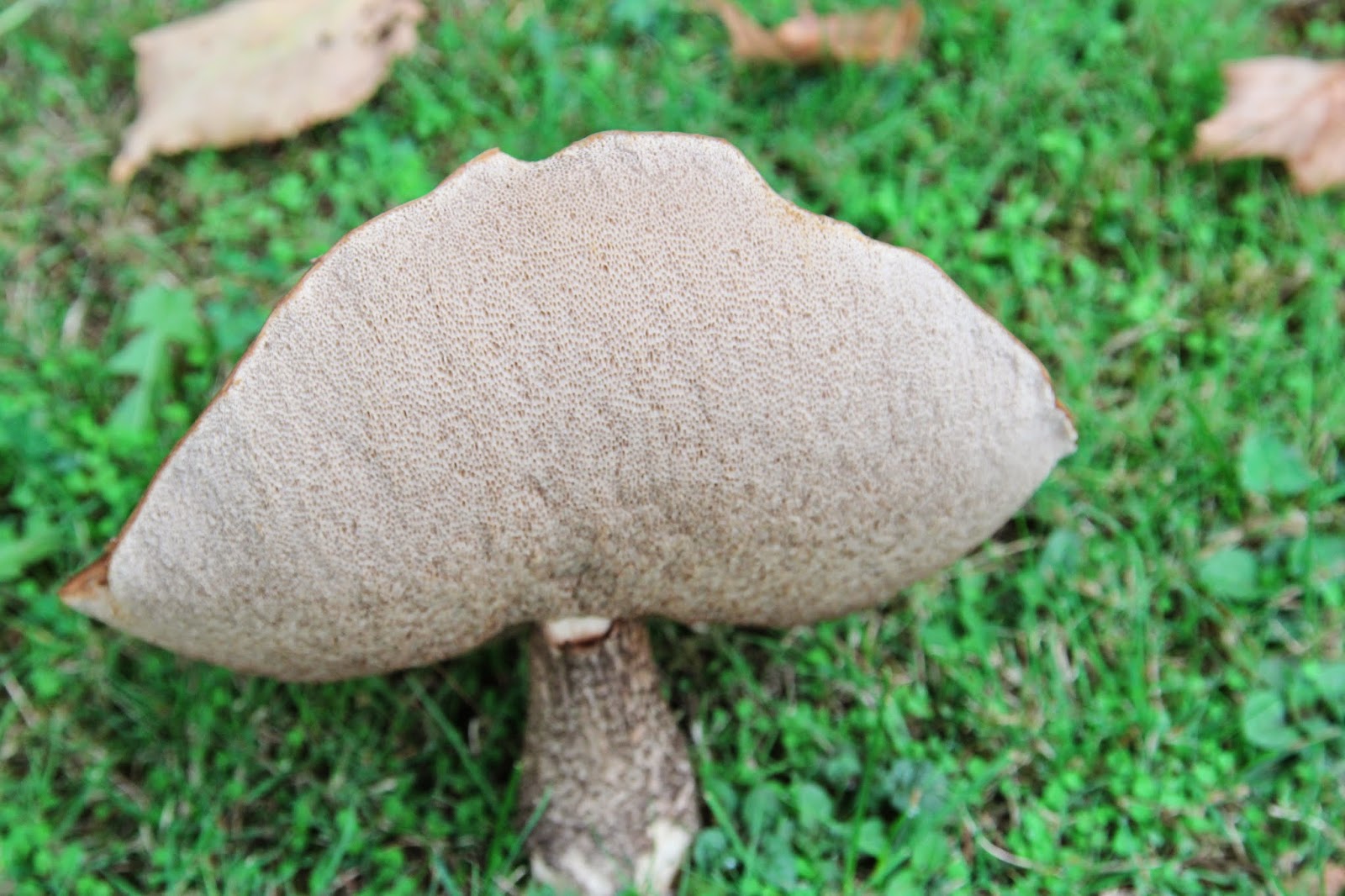 I'm always astounded when these mushrooms appear quite suddenly, apparently "out of nowhere".
Nature is amazing.
By JKM at October 10, 2014 No comments:


The Moon went through a total eclipse this morning (from 3:25 am to 4:24 am PDT). Before totality, as the the Moon moves into and out of the Earth's shadow, it goes through a number of stages.

The magazine "Sky and Telescope" published a very descriptive illustration of the process:

I had decided a couple of days earlier that I'd try to photograph this event. On our back porch, I set up a Canon 60Da camera with a 500mm telephoto lens on an iOptron SkyTracker mount (to compensate for the Earth's rotation during that event). The camera can be controlled via our home computer network; I'm a creature of comfort and did not want to sit out in the cool night. Instead, I watched the process on my desktop computer and took pictures as things progressed. All evening, the sky was covered with thin clouds, but the Moon was visible through them. 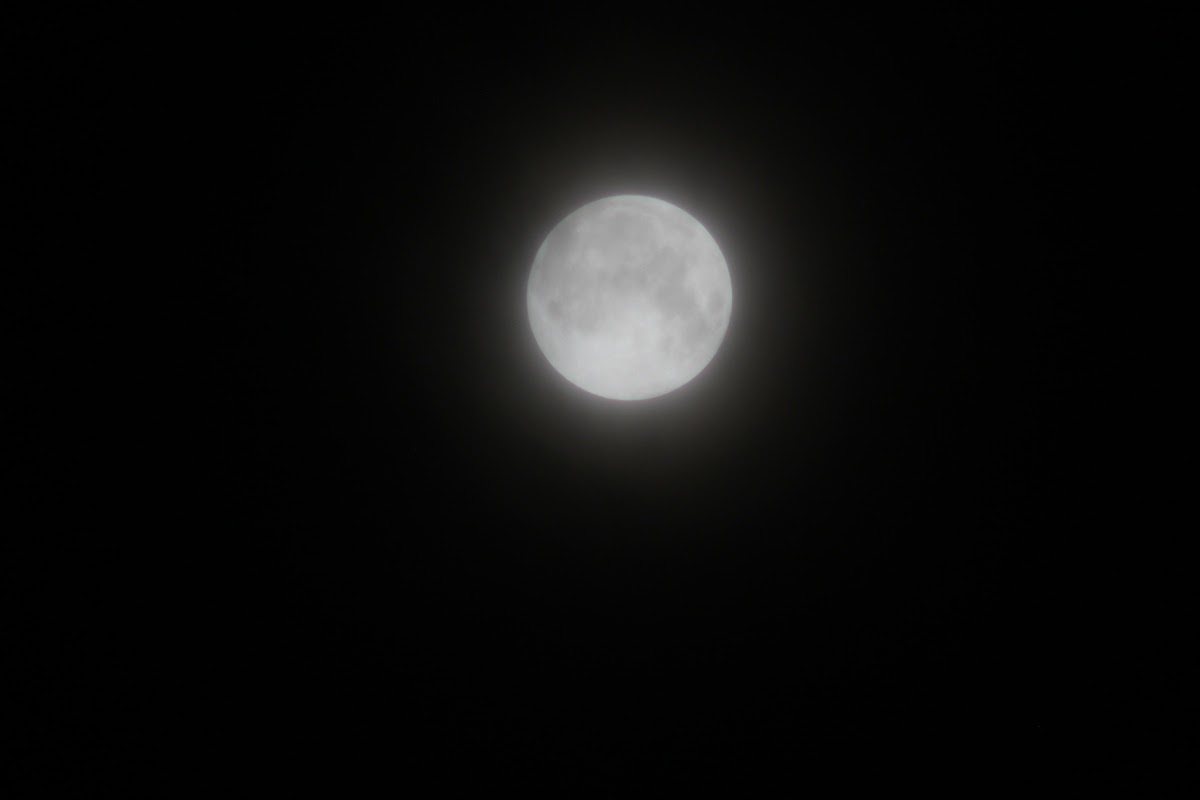 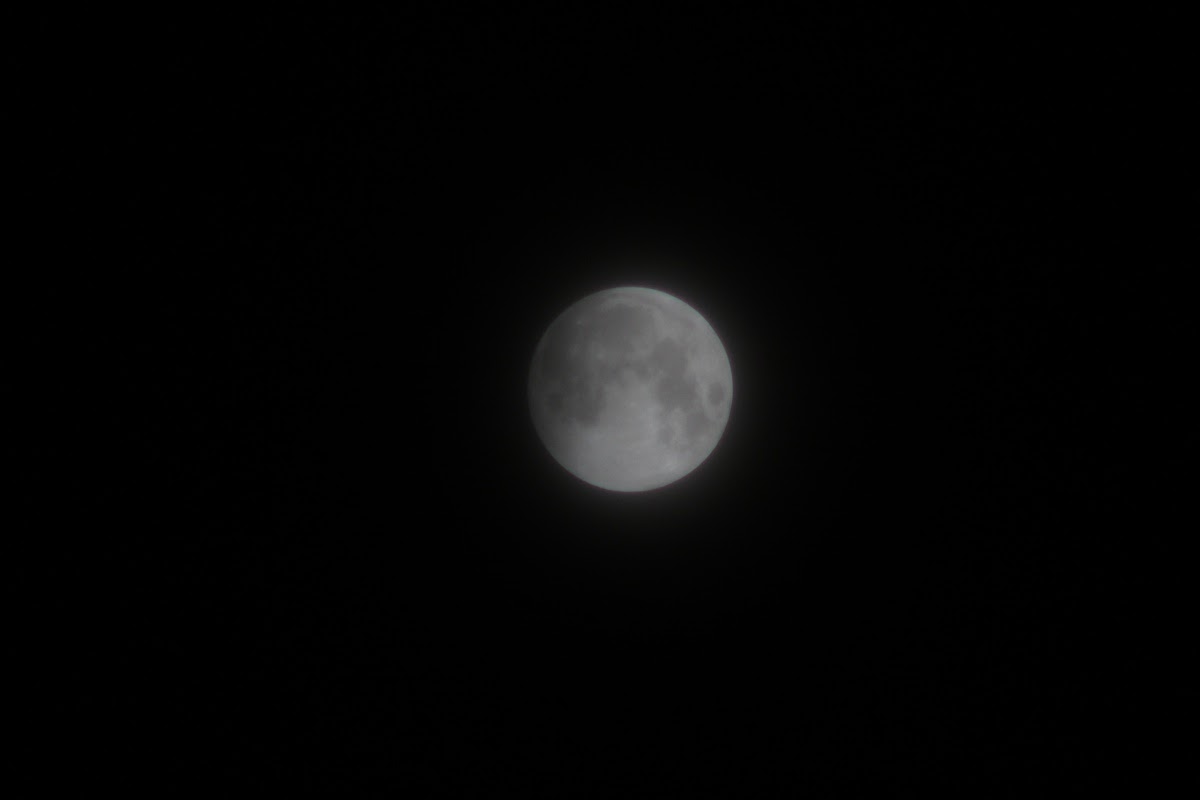 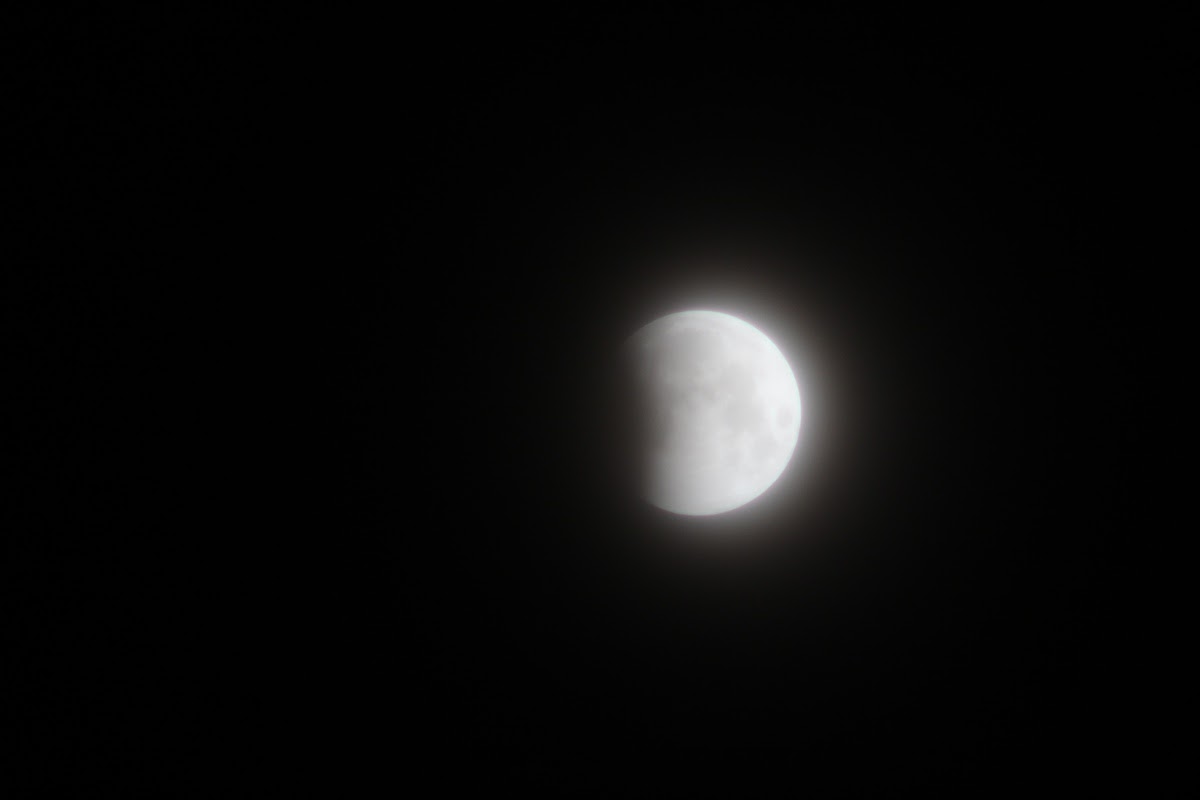 The penumbra is apparent on the left edge.
Getting into the partial phase. 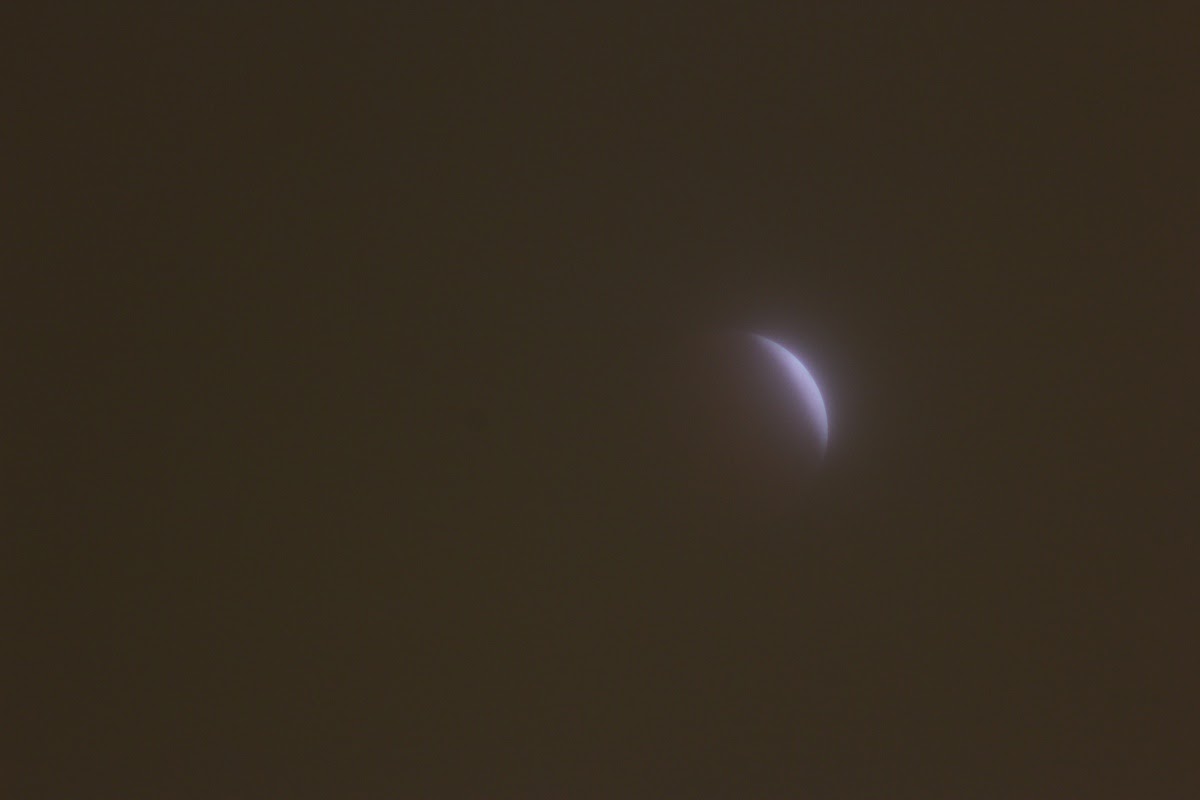 Almost into totality. The clouds are quite dense. This is a 4-second exposure. 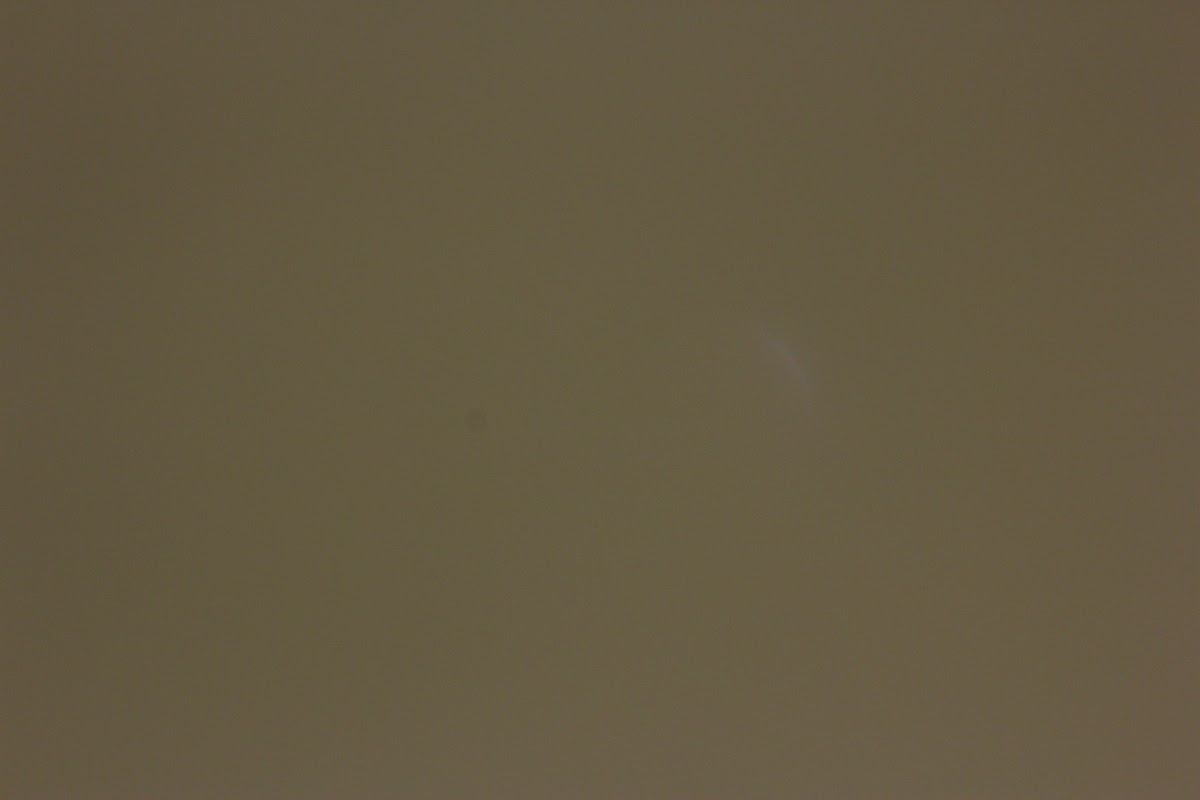 The last trace of the Moon. A couple of minutes before totality. This is a 6-second exposure. The brown tint on the clouds is the wasted light from sodium vapour street lights which pollute the sky in the lower mainland.

Can you find the Moon in this picture?
Being into astronomy, the weather rules. It can be frustrating. I never got to see, or photograph any part of the remainder of this eclipse. There are many good pictures of all of the eclipse on the internet, taken in parts of the country which did not have cloud problems.