The rapidly shortening days in the last month were, as usual, an indication of the year approaching its end. The weather also changed rapidly - cloudy, rainy, and the first serious storm showed up right away. This was quite a change from the beautiful summer days which preceded the fall equinox - the day when fall begins.

I also became busier in my business, because it involves the universities and colleges. This is normal; the semester starts at the beginning of September.

At the beginning of this year, I decided to retire at the end of it (December 31). That means I'll close my business, and it will no longer exist. Most people with whom I deal have already been notified. Both my wife and I are looking forward to this, and hope to be able to do some more travel, and follow our other interests.

In 2002, our family arranged for a memorial bench for my mother, who had died a year earlier. The period for the dedicated bench lasts ten years, and can be renewed every ten years after that. So, we renewed the dedication, and had the memorial plaque on it redone to reflect the death of our son over two years ago. For the two of us, this is bittersweet. Here are a couple of pictures: 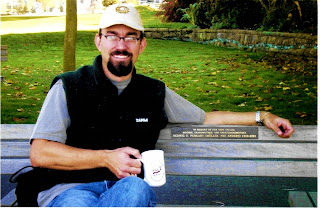 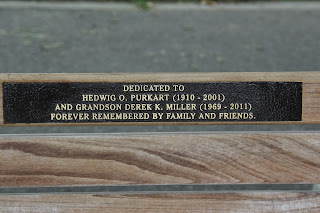 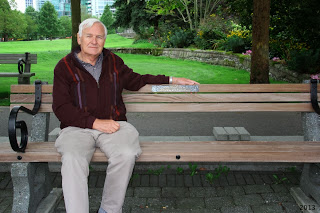 Thinking of Derek
Life goes on. We are glad to have Derek's and Airdrie's two daughters next door; he lives on in them.
By JKM at September 30, 2013 4 comments: